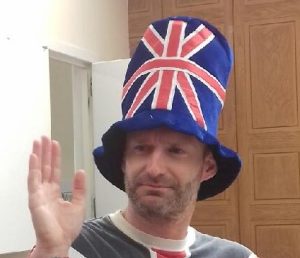 So today is Trinity Sunday – a day on which some of our siblings around the world will preach about or grapple with notions of God as one but three. Some will be doing the old ‘God is like H2O – water, steam, and ice’ explanation; others the ‘God is like the Sun, its light, and heat’ analogy – both of which are probably heretical (modalism and Arianism for you heresy lovers!) and a little confusing. What might I suggest instead? Well, I quite like Robert Capon’s quote that human attempts to describe the Trinity are like oysters trying to describe a ballerina. In fact, much of our language about God is limited and limiting, for God is known and unknown; mysterious and intimate; Creator and clothed in creation.

No wonder, then, that Jesus spoke of God and God’s kingdom through sideways stories – those accessible yet radical parables that paint a picture of God in poetry rather than prose. Over the next few months, we’re going to look at a few of these on second Sundays, particularly asking ‘what do they tell us about God and about how we might live today’. This morning’s parable is a bit of a lengthy affair, so get comfortable as Maralyn tells us the complex tale of a baker and her showstopper…

He told them another parable: ‘The kingdom of heaven is like yeast that a woman took and hid in three measures of flour until all of it was leavened.’ Matthew 13:33

Okay…so, maybe not a complex picture there…we might be done by 11:15!

Except…except…what’s that all about, then? What do those twenty four words reveal to us about God and the way we should live – talk, act, shop, vote, save – today?!

Well, there are many different ways of unpacking the possible meanings of the parables…and I will be handing things over to you in just a minute so don’t drift off!

For now, allow me to just say a little something about four of the components of the story – the woman, the yeast, the action, and the measure.

First…the woman. How important might she be? Extremely, perhaps. For we well know that women weren’t exactly liberated or celebrated back when Jesus shared this story. On the contrary, they were typically seen as second-class citizens, fit to be wives, mothers and little else. They were often silenced, marginalized, and treated as objects – both by Empire and the Temple system of Jesus’ day…so to make a woman the subject of a sentence about God and God’s kingdom…! Well, that was quite the statement. I think Jesus was deliberate in his choice of baker there. So what might that tell us about Jesus, God, and the kingdom?

Then there’s the yeast…which also wasn’t highly valued in Jesus’ day. Back then, yeast was generally considered a symbol of corruption and decay – it was the agent that rots corpses; the organism cleaned out of the home for Passover; the item that often connotes something ‘a bit off’ in the New Testament, yet Jesus is here relating its presence and use to the kingdom of heaven. What could that be about?

And did you note what the woman did with the yeast? She hid it in the flour. Most Biblical translations say ‘mixed with’ or ‘works in’ but the Greek is closest to ‘hides’. Why is she hiding the yeast? Can you think of other parables in which things are hidden? What’s Jesus doing with this motif? Is it something to do with God’s kingdom being surprising, subversive, even? Is he creating a contrast with the bold and brash, in your face symbols of Caesar’s Empire? Or do his earlier words telling us that ‘there is nothing hidden that won’t be disclosed’ (Matthew 10:26) speak into our understanding here?

And finally…what about those measurements? Three measures of flour? Is that significant? Well…I’ve recently been rather taken by the work of James Vincent who argues that measurements are central to human society. He points out that every significant leap forward in civilization and democracy – from the Code of Hammurabi to the Magna Carta and the French Revolution – focused, at least in part, on the importance of universally agreed measurements! (Which might shed some light on Boris’ call to return to imperial measurements and what that says about his understanding of civilization…but that’s for another time!). But if measurements are so important…how much was three measures of flour?

Well, the usual translation for the Greek used in the parable is a little over a bushel of flour…somewhere between 40 and 60 pounds – about 144 cups. Now you all know that I’m somewhat of an expert baker (ahem!)…so if I used my usual recipe for basic white bread…that’s five and a half cups of flour…so 144 would make…hang on…52 loaves…say 16 slices a loaf…that’s 832 slices she’s baking…essentially enough bread for well over 400 egg mayo sandwiches! In other words, this woman was probably Welsh – for she was baking a huge amount of food – far more than simply she, and her family, could eat. What does that tell us about Jesus’ parable? And are there any Biblical echoes that might inform our understanding here? Any story…I don’t know…of a woman and her husband welcoming three strangers to their dwelling by preparing a meal for them involving three measures of flour? Might that shed light on the story?

Sorry – but that’s not a rhetorical question! A crucial part of Jesus’ parables is that they were meant to confront and confound us – to get us talking, discussing, dreaming…so that’s what we’re going to do now.

Have a think then – the woman…the yeast…the hiding…the flour…what might this one-lined tale from Jesus tell us about God, the kingdom, and how we might live today. You’ve got 10 minutes in your groups to have a chat and remember – there are no wrong answers so share your thoughts…and if you answer those questions straight off the bat…you could maybe think about how we could retell this parable with different images today…

So, what do we think? In our zoom service, we’re going to share some thoughts – I encourage those of you reading this to pause and ponder. Perhaps pray about it or have a chat with a friend about what it might mean.

Now, I think I’d be going against the whole point of the parables if I gave you any kind of neat interpretation of the parable, tied up with a bow…but what I will say is this…

So perhaps this parable tells us that God is mysterious, generous, and often seen in the people and things the world hides or rejects. Perhaps it tells us that the kingdom of heaven isn’t seen in crowns and thrones, or in harps and halos either, but rather in the oven of a Galilean woman who makes sure her whole village has enough to eat. Perhaps it encourages us to feed the hungry, welcome the stranger, pay attention to the overlooked…or just to get baking today! But what do you think?  And how will we put what you’ve heard into practice this week?

Prayers for ourselves and others.

In love You created us,
and in love You sustain us, day after day.
So it is with confidence that we bring our prayers to You,
knowing that You hear us, and will respond.

We offer our prayers for the world around us.
We pray for those who are marginalized or often hidden from our view
For those forced into slavery or prostitution,
For those oppressed by governments or economic systems,
Those who have been turned away from homes, communities, even churches…

We pray for those who are baking for their village, and for the world.
For those providing midst times of war and natural disaster.
Those offering a home for the homeless, a sanctuary for the refugee.
those who are welcoming the stranger to their country, their community, to their table…

We pray for those who refuse to participate in violence or injustice,
who courageously stand up for what they know is right,
regardless of the personal consequences…

We also pray for those who oppress others,
who are unable to break free from cycles of violence and anger,
who are no longer able to empathize with their victims.

We pray for all who suffer this day,
whether physically, emotionally, or spiritually.
May Your presence surround and sustain each one,
so that they may know your love and live.

Finally, God, we pray for ourselves—members of Your Body here on earth.
Help us to ask questions and tell stories.
To not be afraid to speak out,
Take risks, ruffle feathers in Jesus’ name.
Grant us compassion and humility in our relationships.
Release the gifts You have given to each one, so that in us and through us,
Your kingdom might come and Your will be done, on earth as it is in heaven.
We pray these and all our prayers to God the holy and eternal Trinity,
source of our being, saviour of the world, Spirit of all holiness – as we pray together the prayer passed down to us from the incarnate God, saying –

Our Father in heaven, hallowed be your name,
your kingdom come, your will be done,
on earth as in heaven.
Give us today our daily bread.
Forgive us our sins as we forgive those who sin against us.
Lead us not into temptation but deliver us from evil.
For yours is the kingdom, the power, and the glory,
now and for ever.
Amen.

Our service here is ending. Our service out there begins afresh.
Let’s soon go in peace to love and serve, hide and seek, welcome and wonder,
And the blessing of God;
Creator, Christ and Comforter,
be with us today and always, Amen.