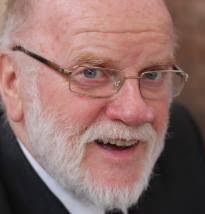 Meeting Christ in the Stranger!

One of the things I love about the Bible is that it has lots of mysteries in it and lots of puzzles. Some people think this is a problem. They say, ‘How can it be the word of God if it contradicts itself?’, or ‘What message can I get from it if I don’t understand it?’

But to me this is the glory of the Bible. It is the voice of many different people telling their stories and talking about their experience of God. We have to listen to all the voices, wonder what’s behind them, and think for ourselves. The puzzles and the mysteries are fascinating.

Take this story, for instance.

There are four Gospels, each telling the story of Jesus. Why is this story only in Luke? If it wasn’t for Luke we would never have heard of a place called Emmaus or a man called Cleopas.

And why, when there were two people walking to Emmaus, is only one given a name?

And why is the name given so casually? Most story-tellers would introduce the characters at the beginning, but Luke starts off with ‘two of them’ and only after a stranger asks them what they are talking about does he say that ‘one of them, who was called Cleopas’ answered the question.

They were both obviously part of the circle of disciples. They had heard the news the women brought about the tomb being empty, and when they went back to Jerusalem that night, they knew how to find the room where the others would be gathered. How come then that apart from this story we have never heard of a disciple called Cleopas?

And who was the other one?

It seems they lived in the same house in Emmaus. Were they:

Luke stresses the inclusiveness of Jesus more than the other Gospels. It wouldn’t be like him to deliberately not mention a wife or a servant. The best guess I can give is that when he first heard the story he was not given the names, and he found out later that one of them was called Cleopas, so he thought it was worth mentioning.

This is but one of the mysteries in this mysterious story.

How could they walk and talk with Jesus for so long and not recognise his face or his voice?

Again, several answers are possible, but not likely. Perhaps:

However, the story tells it quite plainly. ‘their eyes were kept from recognising him’. This seems to imply that it was a supernatural appearance and that the risen Christ had the power to decide when people could see him or not see him.

Yet another puzzle: when Jewish people have a meal together, it is the head of the household who gives thanks and breaks the bread. In this case, it seems that the guest took over.

Another thing about this story is that it is not a sweet, gentle one. Most of the translations soften the language, but commentaries point out that in the original Greek it is actually quite strong:

Then he goes through the Scriptures pointing out all the ways in which the death and resurrection had to be.

This is what the early Church was always doing – drawing on the Scriptures to prove to unbelieving Jews and others that Jesus was the Messiah.

And this is probably where we come to the point of the story. Luke is addressing it to the people of his time, to unbelievers and to Christians who had difficulties about believing.

When Luke wrote his Gospel, it had been a long time since anyone had actually seen Jesus alive. Perhaps he tells the story to suggest that the living Jesus can come to us in unexpected ways – perhaps even through a stranger we meet on the road.

The Christian faith is supposed to be one of hope and joy, but real life sometimes makes it hard for us to believe and feel the joy.

Tragic, hard, devastating things happen to us. We sometimes need help to see that somehow through it all a greater purpose is being worked out.

Vaclav Havel, who campaigned bravely against the Communist regime in Czechoslovakia and became its President, was a Christian believer. He said: ‘Hope is definitely not the same thing as optimism. It is not the conviction that something will turn out well, but the certainty that something makes sense, regardless of how it turns out.’

And how did these two disciples find belief? Only when they invited the stranger into their home.

Even here, the language is strong. They didn’t just ask him if he would like to stay the night – they ‘constrained him’ (AV). He was not going to accept a casual invitation – they had to insist.

It is like the story we read from Genesis, of how God came to Abraham in the form of three strangers, and Abraham jumped up to welcome them. He offered them some water to wash their feet and a bit of bread. But what he gave them was freshly made cakes, a calf specially slaughtered for the occasion, and a delicious creamy dressing! And having given them that meal, Abraham and Sarah received the miraculous promise of the child they had been longing for.

Hospitality of the usual kind is something we cannot practise at present. But there is more than one kind of hospitality. We can open ourselves to different ideas, different people, different experiences. Rather than running away from them, or thinking they have nothing new to teach us, we can invite them in, and then we may find that the living Jesus is with us in a new way.