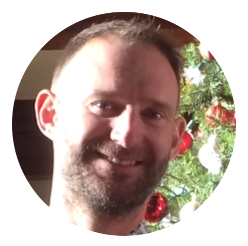 A deadly virus with origins in a bat to human transfer in China. A repeated call to avoid face touching, to wash hands regularly, to maintain social distancing. A global pandemic that leads to lengthy supermarket queues, unprecedented Government measures and mass isolation. Features not just of our nightly news now but plot points in the 2011 thriller ‘Contagion’ which follows a diverse group of individuals – doctors, Government officials, families – as they struggle to accept and live through the crisis on their doorstep. Yes, it might be an odd choice for coronavirus cinema club…but at number 3 in the current film rental charts, it’s only outwatched by an animation about a country put at great risk by invisible forces of nature and a murder mystery about a family stuck in one house and at odds with one another – both of which might also have some relevance for today!

I’m aware that many – from Bill Gates to author Dean Kootz and, of course, Nostradamus(!) – are said to have predicted the virus whilst medical professionals the world over have long warned us of a potential outbreak, and yet as I watched Laurence Fishburne, Kate Winslet and their A-list mates strive to find a vaccine and save the day, I was amazed at just how prescient the film seemed to be. There was one stark difference, however, between the world of the movie and the world which we inhabit – the nature of humanity. In the film, the pandemic is accompanied with mass riots, looting and home invasions. Aside from the few heroic individuals which the story tracks, the great majority of people are shown to be out for themselves.

I hope the fact that we are only a few days into this crisis doesn’t cause me to be naïve when I say that – yes, alongside some foolish continued socializing and inexplicable obsession with toilet rolls – we have largely encountered words of hope, acts of kindness and community solidarity, realizing once again that our lives are interconnected and inseparable – that we are indeed stronger together. This week I have been gladdened by the sight of brightly coloured rainbows in home windows; by greetings from neighbours I’ve never heard from before; by food items dropped off in my back garden [before the heightened restrictions] and a package – from one member – of newspapers, beer and two treasured toilet rolls! (Now that’s sacrifice!).

The difference between the two portraits of humankind made me think of our reflections on shame based on Genesis 2-3 from last year. In that series we spoke of the original goodness (not sin) of God’s creation; of how our origin is in God; of how the first humans were mutually interdependent – bone of the same bone; flesh of the same flesh….and then saw how the emergence of guilt and shame led to finger pointing, blame and individualism. We’ve seen plenty of the latter in recent years – plenty of conversations about who’s in, who’s out; who’s worthy of care and who isn’t; who’s to blame for the wrongs of our society and who’s to save us from them. This dualistic, ego-centric, emotionally immature view of the world is the version of humanity mirrored in the film Contagion…and I am thankful that that isn’t the human interaction that we are currently witnessing as hundreds of thousands volunteer to help the most vulnerable; as NHS and other public service workers give their all to keep us well; and even as businesses are playing their part in offering support to the most vulnerable. In short, solidarity is in fashion!

So, if the film Contagion portrays the basest elements of humanity which we have so far largely avoided, which film might best symbolize the society strengthening solidarity that we are currently witnessing? Well, forgive me for playing to the crowd here, but how about Pride – the inspiring comedy drama based on the unlikely alliance of striking Dowlais miners and a London-based gay political movement…who were facing a devastating virus in their own community. Unsure of my choice? Feel free to suggest others, but who can fail to be moved by the words of Dai Donovan, the real-life leader of the Dowlais coalminers, when, in an impromptu speech in a rough gay bar in Soho, he says;

[W]hat you’ve given us is…friendship. And when you’re in a fight as bitter and as important as this one, against an enemy, so much bigger, so much stronger than you – well. To find out that you have a friend you never knew existed – It’s the best thing in the world.

I think that’s pretty relevant right now! But perhaps the greatest symbol of solidarity portrayed on screen is the image of two hands joined together in friendship. It’s a trope used throughout the film as diverse groups of people – middle-class men and goth women, Southern Welsh and Northern Irish, valleys coalminers and London drag queens – are pictured holding or shaking hands in solidarity – as Dai, again, explains to the inspiring student activist Mark Ashton –

There’s a lodge banner down in the welfare. We bring it out for special occasions. It’s a hundred years old. I’ll show it to you one day. It’s a symbol like this – Two hands…You support me and I support you. Whoever you are. Wherever you come from. Shoulder to shoulder. Hand to hand.

Even for those of us whose dominant love language isn’t physical touch, the holding or shaking of hands can be sign of respect, solidarity, tenderness, friendship or peace, as acknowledged in Contagion where, in a scene near the end of the film that speaks of hope and sacrifice, a doctor explains to a young boy;

You know where that comes from?…Shaking hands. It was a way of showing a stranger that you weren’t carrying a weapon. You offered your right hand to show it was empty. That you meant know harm.

In the gospels, we’re shown that Jesus well knew the healing power of holding hands. Time and time again we’re told that physical healing, mental well-being or social inclusion follows his holding hands with the sick, the forgotten, the vulnerable – whether it be a friend’s mother-in-law (Matthew 8:14-15), a possessed boy (Mark 9:14-29) or even a deceased girl (Luke 8:40-56). Jesus used hand holding as a way of demonstrating the power of God’s love and grace.

So, as followers of the hand-holding healer from Nazareth, what do we do when we can’t physically hold hands? What do we do when we’re told to self-isolate, enforce social distancing, stay well clear of touch? How do we show our solidarity, our compassion, our tenderness then? It’s a question that I felt sharply this week as I spent time with a much-loved member of our church was grieving the recent loss of her husband. Last Sunday afternoon, before the lockdown was introduced in force, we kept a 2 metre distance and chatted for hours as the sun journeyed beneath the horizon. I felt so helpless as her eyes teared up at the treasured memories of her husband of seven decades and I couldn’t give her a hug or even hold her hand. So, what do we do then?

Well, perhaps for starters, perhaps it’s not so unhealthy for me – for us – to feel helpless every so often. In economically more developed countries in recent years we’ve become increasingly assured of our ability to control our own lives. The premise that we can google the answer, find resolutions to every problem, and achieve our dreams if only we work hard enough for them through 5-year plans, quick fix solutions, self-help books and apps for every situation has given rise to the false idea that we’re in control. Now, perhaps more than ever, we’re aware that we’re not in charge. That we have no control over our birth or death. That every single day is a precious gift given to us by the living God who breathed us into existence and who will be there to welcome us home when we have breath no more. Perhaps we will come to learn more deeply that all is grace.

Perhaps my not being able to hold the hand of a grieving friend might also grant me the slightest of understanding of, and greater empathy for, those who cannot hold the hand of their loved ones. The teenager kicked out of home by their addict parents; the refugee mother living on the other side of the world from her children; the grieving widow who can never give their beloved a cwtch again, on this side of eternity. Perhaps the little sacrifices and suffering we experience at this time might enlarge our hearts for the most vulnerable and in need in our communities. Perhaps, when we return again to some semblance of normality, we might be that little bit more empathetic, that little bit more compassionate to our neighbours in need.

Much more than all of this, though, is the belief, the encouragement, the wonder, that even when we are isolated from others, indeed whatever dangers might befall us, God is there beside us, offering us comfort and holding our hand;

Where could I go to get away from your spirit?
Where could I go to escape your presence?
If I went up to heaven, you would be there.
If I went down to the grave, you would be there too!
If I could fly on the wings of dawn,
stopping to rest only on the far side of the ocean—
even there your hand would guide me;
even there your strong hand would hold me tight!

I might have been the one with training and letters after my name but as I shared a sacred space with a friend in grief it was she who taught me the truth of these words for she was living them out daily;

One day at a time with God by our side. And right there in a few simple, honest words, she managed to say what I’ve, so far, taken over seventeen hundred words to say – that in those times when there is no one else there to hold our hand, hear our cares, dry our tears – God is with us and always will be.

One day at a time with God by our side.