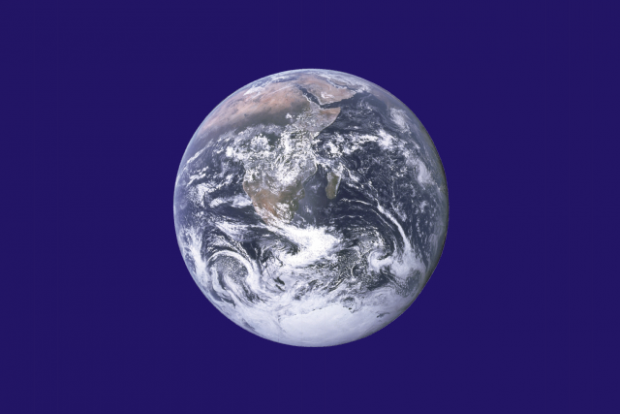 This week, some of us went to church to attend a long and, at times, challenging meeting where the chairman struggled to manage some difficult characters and an excitable crowd in an attempt to help us make some tough decisions for our future. I am, of course, not referring to our own church meeting…how very dare you…but to the hustings evening at Salem Chapel on Wednesday evening. Part Question Time, part pantomime, the seven candidates spent two hours defending records, debating manifestos and trying to convince those in attendance to vote for them. Some were passionate and convincing…others less so…but…contrary to the popular image of politicians, all seemed to genuinely believe that their party had the best ideas, best policies for a fair and prosperous future for Pontypridd, Wales and beyond. And, in 18 days’ time, it will be up to us to decide whose understanding, principles and vision we most align ourselves with. Some of us already know who we will vote for but others might be unsure, weighing up the varying perspectives and policies of a few of the parties, trying to work out which will be best for this community, this county, this world.

And at Monday’s church meeting, where the future of Church House and Saturday coffee mornings was reflected upon, where questions of our involvement with controversial organizations and charities, both local and global, were raised, and where our own system of nominations and elections was further considered…we were reminded again of the challenge of our attempts to discern how best to be followers of Christ, to be church, to be salt and light in this community and world today. So what would Jesus do? What would his approach to ‘Earth Day’ be? And how would Jesus vote?

Well, if you think I’m going to stand up here and tell you who Jesus would have voted for, I’ve clearly given you a false impression of what I believe ordained ministry should be…but, like the Archbishop of Wales this week, I can stand here and urge you to vote, to use your democratic right that many around the world can sadly still only dream of, and, perhaps, as we reflect on this morning’s Bible passage, we might even be reminded of the principles that Jesus espoused, of the perspectives of heart and mind which might affect the box we choose to cross on May 7th.

In our gospel reading, we join Luke’s account of the good news half way through his concluding chapter. The women have discovered the empty tomb and been told of Jesus’ resurrection; Cleopas and has companion have encountered the risen Christ on the road to Emmaus; and as the disciples and others are discussing this in a room in Jerusalem, Jesus appears and greets his friends with the words ‘Peace be with you’. The very first thing Christ utters to the gathered church is peace. The phrase ‘Peace be with you’ may well have been a common greeting at the time but coming from the resurrected Christ, from the Prince of Peace, perhaps these words had a particular resonance. For this was the man who preached that the peacemakers will be called children of God; the leader who told his followers to put away their swords as he was arrested; the messiah who spoke words of forgiveness, not revenge, as he died on a cross. And now, to those in fear and panic and confusion…he once again speaks words of peace.

Perhaps we might be reminded that in our decisions about church, in our actions and in our voting, we should always be seeking the path of peace. Perhaps, in our families and in this community, we should be seeking ways to heal disputes, calm fears, forgive past wrongs. Perhaps, on a global level, we might reassess the narrative of fear that we are fed, we might reconsider the tales of immigrant bogeymen, bloodthirsty foreigners and the need for violent deterrents and bigger walls, and instead heed the words of the late German theologian Dorothee Solle who grew up under Nazi rule and who, in noting the difference between peace and security remarked, “because you are strong [in Christ], you can put the neurotic need for security behind you. You do not need to defend your life like a lunatic. For the love of the poor, Jesus says, you can give your life away and spread it around.”

Of course, talking about peace is relatively easy. Speaking words of peace or compassion or justice is simple. It’s living lives of peace, committing acts of love, that proves more difficult. And this week, after Monday’s church meeting, one member remarked that we said such wonderful things about welcoming the stranger, speaking up against prejudice, reflecting God’s love in this community…but questioned whether we would live them out. Whether our commitment to these things would be seen in our actions, diaries, even bank accounts. And they, of course, had a point. It is not enough to speak about Christ’s peace or God’s love…we must live it.

When Christ appeared to the church in Jerusalem, he assured them it really was him, urging them to look at his hands and feet as evidence. Hands which had given food to the hungry, brought healing to the sick, turned tables in the temple and which now bore the scars from the cross. Feet which had crossed water and wilderness; had taken him into the homes of the rejected and outcast whom he embraced as friends; feet that had journeyed hundreds of miles as he preached good news for the poor and which finally led him to Golgotha. This is how you will know it’s me, says Jesus, by looking at the hands and feet which have been used in countless acts of love. I wonder whether the beliefs we speak are witnessed in the ways we use our hands and feet. I wonder whether our attitude to God’s creation, our commitment to join God’s mission of love, our desire to proclaim the coming of God’s kingdom, is a story told by our hands and feet. Are we using our feet to visit the imprisoned and sick? Are we using our hands to feed the hungry, comfort the bereaved, to demand justice for the poor? It was the sixteenth century nun Teresa of Avila who wrote the now famous poem ‘Christ has no body but yours’ and the words ‘Yours are the feet with which he walks to do good. Yours are the hands with which he blesses all the world’. Perhaps, as we consider how to vote, as we make decisions about church resources, as we reflect upon our relationship to the Earth, to the cosmos which God so loves…we might heed Teresa’s words, we might look at Christ’s hands and feet, we might seek to live out God’s love.

So peace, love and finally, for now, hope. Though the women had already heard word of Christ’s resurrection; though Cleopas and his friend realized who their travelling companion was as he disappeared, in Luke’s account of things, our reading tells of the first complete and lasting appearance of the risen Christ, the first time his friends have seen him since their fleeing and his death. Before that day, all looked to be lost. Their friend died a criminal on a cross; the people were still oppressed; their mission seemed over. But it wasn’t. Through his rising from the tomb and his unpacking of scripture, in his words of peace and even eating of fish, Christ’s bodily resurrection showed them that death had been defeated; that sin and suffering would not have the last word; that God could make all things new. This meant that no situation was hopeless, no person irredeemable, no community or country or creation, beyond redemption.

At the hustings on Wednesday, one attendee said that Wales was a victim, that the country had nothing left to offer, that it was ‘bottom of the pile’. Another shouted that Wales had no future. Is that what we believe? That this community, this country is broken beyond redemption? That its people are Godforsaken and its land truly barren? I don’t believe that’s the good news we encounter in Christ.

Being people of hope doesn’t mean ignoring the suffering of others, the destruction of the planet or the challenges that this country faces. But nor does it mean romanticizing days gone by, simply bemoaning the conditions of the present or looking to the future with fixed gloom and despair. For we believe that God is with us, that renewal is possible, that, in the words of Sonny, from the Best Exotic Marigold Hotel…who is perhaps paraphrasing Julian of Norwich, ‘Everything will be all right in the end…if it’s not all right then it’s not yet the end’. This is what we are called to believe and work for. That with God’s blessing, lives can be transformed, communities reinvigorated, our care for creation reimagined.

So then…peace, love, hope. Not exactly a thorough constitution or detailed manifesto but as Earth’s stewards, Christ’s followers, God’s ambassadors…perhaps it’s not a bad place to start. Amen.